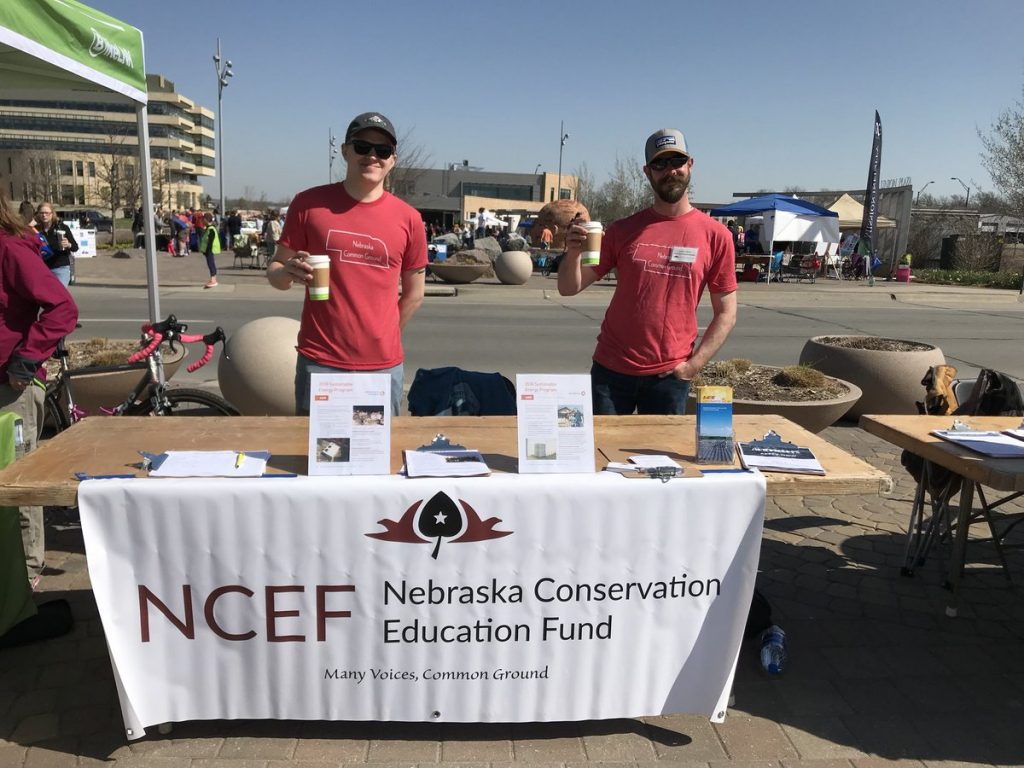 Ben (left) serves as a Common Ground organizer in the southeast region of Nebraska.

Meet Ben Umberger, one of our Common Ground Conservation Directors serving the Southeast region of Nebraska.

Common Ground is an AmeriCorps program focused on building a statewide infrastructure of Nebraskans who care deeply about conservation and who are knowledgeable about how to manage Nebraska’s natural resources.

Although he grew up in a small town in southwestern Iowa, Ben’s roots always lied on the western side of the Missouri River. Ben is a third-generation Husker at the University of Nebraska-Lincoln, and his favorite memories take place on the Nebraska farms where his parents were raised. Now, he’s giving back to the urban and rural communities that he, at some point or another, has called home.

The ability to make meaningful, tactile connections with community members and using those relationships to cultivate change is what attracted Ben to apply to become a conservation director with Common Ground. His region of service includes the communities of Lincoln, Crete, Seward, Nebraska City, and Beatrice.

Through his service in these areas, Ben has found that community members express concern about water quality and scarcity, and the cost and diversity of energy. He says that all citizens, but particularly those who are already economically disadvantaged, are affected by these issues.

In addition to creating relationships with community members, Ben’s proudest accomplishments include meeting with Lincoln Electric Systems (LES) about Common Ground’s 100% renewable energy goal, and laying the groundwork for a community solar project in Crete. He hopes that these accomplishments advance an ever-growing conservation movement that serves as an example of what community-based advocacy can achieve.

Ben Umberger is proud to be a part of an organization that works for conservation in Nebraska by developing and strengthening community-based interests. Thank you for your service, Ben!

Support conservation education in Nebraska today, and stay up to date with Common Ground news, events, and more on Facebook.