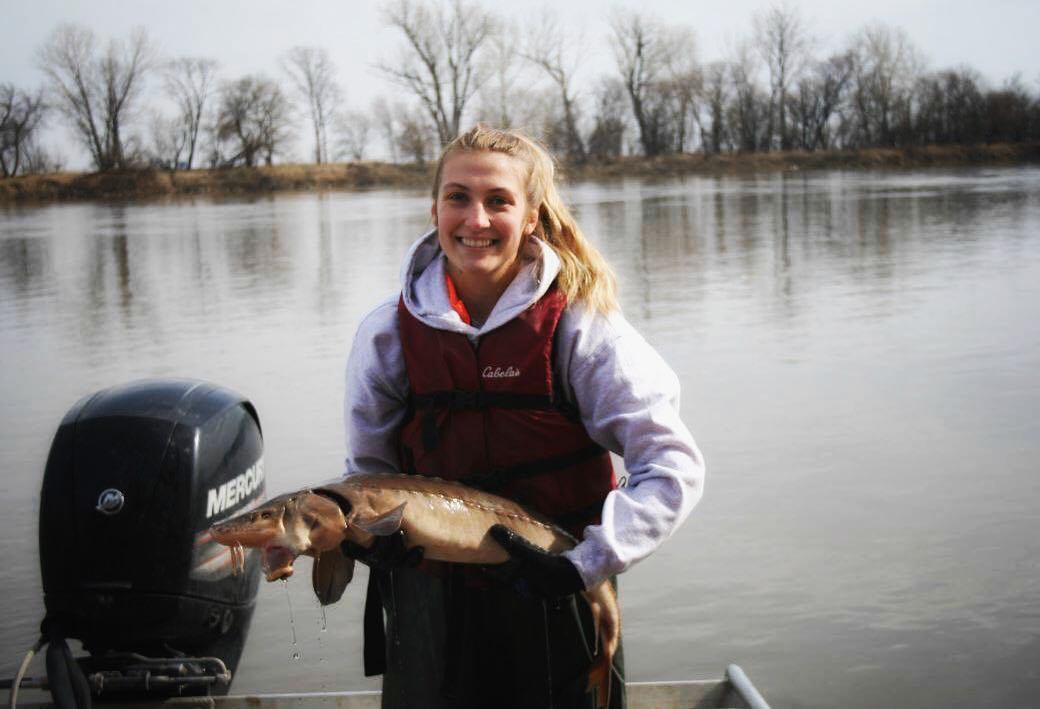 Taylor Harmening is a Common Ground AmeriCorps member in the central region of Nebraska.

Taylor Harmening of Papillion, NE is a fan of all things outdoors – from fishing and hunting, to hiking and spending time at the lake with her family. With a degree from Wayne State College, Taylor hopes to build a career focused on conservation and protecting animals and wildlife. She serves in the Central Nebraska communities of Kearney, Grand Island, Hastings, York, Central City, and Aurora. When asked why Taylor wanted to become an AmeriCorps member with Common Ground, she said, “It’s a great way to connect with people who have the same passion as me, and that’s a really cool feeling. It makes me feel like I can really make a difference.” Throughout her service with Common Ground, Taylor hopes to spread awareness about conservation issues and teach Nebraskans how to engage in the solutions. Specifically, she hopes to start a beehive at the Crane Trust near Wood River, NE with help from the public. The most prominent conservation issue Taylor has seen in the Central Nebraska region  is habitat loss. “This is happening not only in our communities, but also all over Nebraska,” she said. “With the cities growing outward, native species have nowhere to go. It is affecting their migrational patterns, lifestyles, and everything in between.” She realizes that habitat loss causes a chain reaction. “Though it may seem like only plants and animals are being affected, this also affects the lives of people in the community. If people are eliminating pollinator habitat due to new construction, the bees with be affected and your garden fruits and vegetables will not be pollinated,” she said. Despite this challenge, Taylor has met a lot of Nebraskans who are passionate about conservation and who want to get involved. “Conservation and preservation is so important,” Taylor said. “By learning how to respect our resources and use them responsibly and sustainably, we are able to make a difference as a community.”