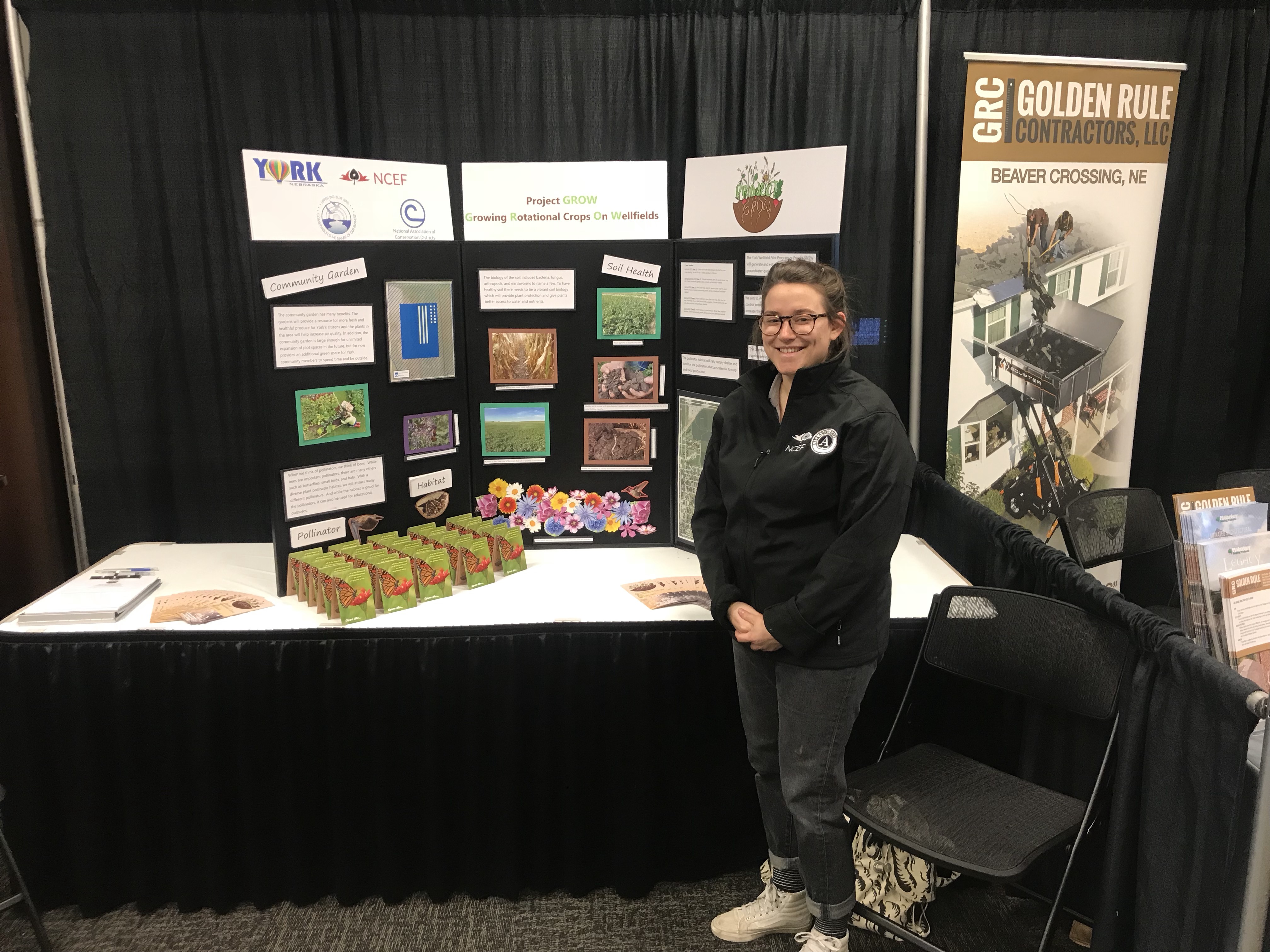 Originally from upstate New York, AmeriCorps member Zoe Vallas fell in love with Nebraska’s wide open spaces in 2012 when she first visited the state. As an AmeriCorps member with NCEF’s  Common Ground Program, Zoe speaks with Nebraskans about what they care about, and harnesses that into action for our collective future. She’s currently serving in Central Nebraska, where water quality and pollinator conservation are prominent issues among community members.

“I am interested in the rich conservation history of Nebraska and was excited by the prospect of working within that history and adding to it,” she says. “Nebraska is home to some of the best natural resources and the people that live here are excited to see them flourish.”

Zoe is most excited about Project GROW, a partnership with the Upper Big Blue Natural Resource District. The project is a five-year soil health demonstration that will include a pollinator habitat community garden in York. “Caring for our natural resources is a collective effort,” she says.

Integrity and health are two values that Zoe has witnessed in the communities she’s serving. She wants Nebraskans to understand that Common Ground is for everyone, whether or not community members view themselves as conservationists. “No prior knowledge about conservation is needed to participate in Common Ground,” Zoe says. “Just a sense of curiosity and a drive for community vitality.”

In her spare time, Zoe enjoys attending concerts, and her favorite time of day is sunrise – especially in Nebraska. Thanks for your service, Zoe!